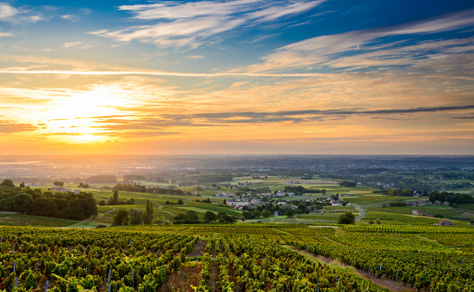 A meticulously planned itinerary tailor-made for culturally curious travelers. For Francophiles in love with the culture, history, cuisine and romance of France, this grand voyage is a dream come true. Soak up the joie de vivre that makes France one of the most adored countries in the world. Experience France from north to south, sailing three rivers and embarking upon in-depth shore excursions. Walk through Monet’s beloved Giverny, seeing the enchanting grounds that he made famous; kayak under the arches of the 2,000-year-old Pont du Gard outside of Avignon; enjoy a recital of baroque favorites in a 12th-century cathedral in charming Viviers; visit Lyon’s famous Les Halles food market; and have a chance to golf at two historic French golf courses. From the beaches of Normandy and the verve and romance of Paris to the sun-drenched vistas of Burgundy and Provence, this itinerary in France is truly sans pareil! Who will enjoy this cruise? Those who desire a taste of everything—art, architecture, history, culture, fine wine and tantalizing cuisine—all in one grand adventure. Grand France is a combination of Paris & Normandy and Burgundy & Provence.
Request More Information

Arrive at Marseille International Airport. If your cruise package includes a group arrival transfer or if you have purchased a private arrival transfer, you will be greeted by a Uniworld representative and transferred to the ship docked in Avignon.

Disembark the striking S.S. Catherine and transfer to Paris via high-speed, first-class TGV train. Your next ship, the magical S.S. Joie de Vivre, waits to carry you along the Seine on the next leg of your adventure.